Shadow on a Tightrope 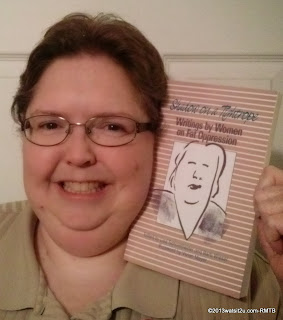 This is the 30th anniversary year for this book that was a groundbreaking release in 1983! First, I want to thank the many who contributed, especially Lisa Schoenfielder and Barb Wieser for putting the final product together! This book was hard to get through, not for any negative reason, but because so many of the stories could be my own and it was emotional to read. I have decided to do a split blog for this book which makes this post the first of a few.

I will focus on the first 'part' of this book: "The Fat Illusion: Exposing the Myths". This section is completely full of stats from 30+ years ago. I found it most interesting that many of these stats have not changes while others grew in size, for example now there are billions of dollars spent on diets and such versus millions 30 years ago. This fact alone is very sad to me and many others that I have met along the way in this movement.

In the preface I found my own feelings put into words: "I realized that I have always like who I am and that most of my desire to be thinner was coming from forces outside myself." The preface also mentions that they had to narrow the entries used down from the more than 100 submissions they received, this proves that there is a great need for more book like this! I say we start efforts to make another similar compilation, who's game?

The actual book starts out saying that if anyone has any doubts that fat is one of the biggest issues on women's minds...well, just look at any random women's magazine found in the grocery store. This still holds true today. No wonder society is so thin obsessed and that is just wrong on so many levels! It goes on a few pages later to talk about why people are fat, according to society: 1st we are over eaters, 2nd we have no exercise and 3rd we are just lazy! WHAT? I guarantee there are people in this world (and in your life) that even according to society's strict standards do NOT overeat and they exercise and they are NOT lazy yet they are still considered fat!

Another great point made in this section is that it isn't the fat itself that is making us sick, but rather the thought that "Living among people who hate you is enough to make anyone ill." (pg 42)

Just a few other quotes put together as a final thought on this book, their words do it so much more justice than my own words could: "Being fat means a life of ridicule, rejection, starvation, self-hatred and guilt." (pg 54) "For fat liberationists, good health, freedom from hunger, and freedom from discrimination are the first priorities, to be pursued directly. There is no vested interest in seeing people stay fat or get fatter. (It only appears this way because fat liberationists emphasize self-love and fat pride)" (pg 33) "As women liberate knowledge about fat from the medical monopoly, fat women will come out of the closets of our minds to realize that there is nothing wrong with us." (pg 12)

THERE IS NOTHING WRONG WITH ME! I don't think I am "proud" to be fat, but I am certainly NOT ashamed that I am fat! A friend from high school recently told me that she wouldn't know me if I were to become thin, especially if it was sudden, that being fat is part of who I am. This friend is in no way considered fat, but like a few empathize with the message of these type of books.

On another note, there was a book mentioned here that is also mentioned in another book I am currently reading, that seemed way cool and strange, a book I hope to find and read myself: Their Eyes Were Watching God BY Zora Neale Hurston

Disclosure: I purchased a copy of this book at a discounted rate for the purpose of a blog carnival, however the discount did not require a positive review. The opinions expressed here are completely my own!
Posted by watsit2u at 4:29 PM

A Christmas Gift for Rose BY Tricia Goyer 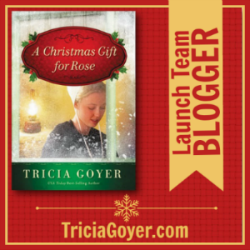 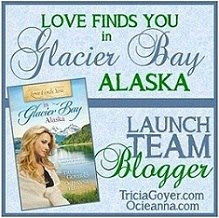